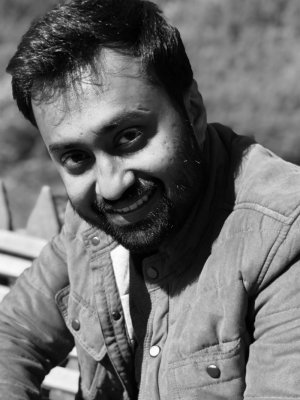 He is a Small Towner, where cinema is a far dream. Thus his tryst with Cinema started with escaping to cinema theatre from school and guessing films from its trailers. With time he took his interest more seriously and moved to Mumbai in "2007".

With no such formal training, his learning was mostly on the fields while assisting Dibakar Bannerjee, Meghna Gulzar, karan Malhotra and few foreign directors and later went on writing feature length scripts. In 2016 he turned independent and directed his first project "The Great Escape" a series for Channel Epic and soon advertising took over his mind and since then has directed more then 45 commercial across different brands. His strength lies in creating visuals, which emotes the minutest human emotions. He loves storytelling of all kind and narrative films.